Real Madrid defender Marcelo had yesterday insisted that international teammate Neymar will make a move to the Bernabeu at some stage in the future.

Brazilian attacker Neymar finally made the move from Barcelona to French giants Paris Saint-Germain in August of last year, for a world-record fee of 222 million Euro. 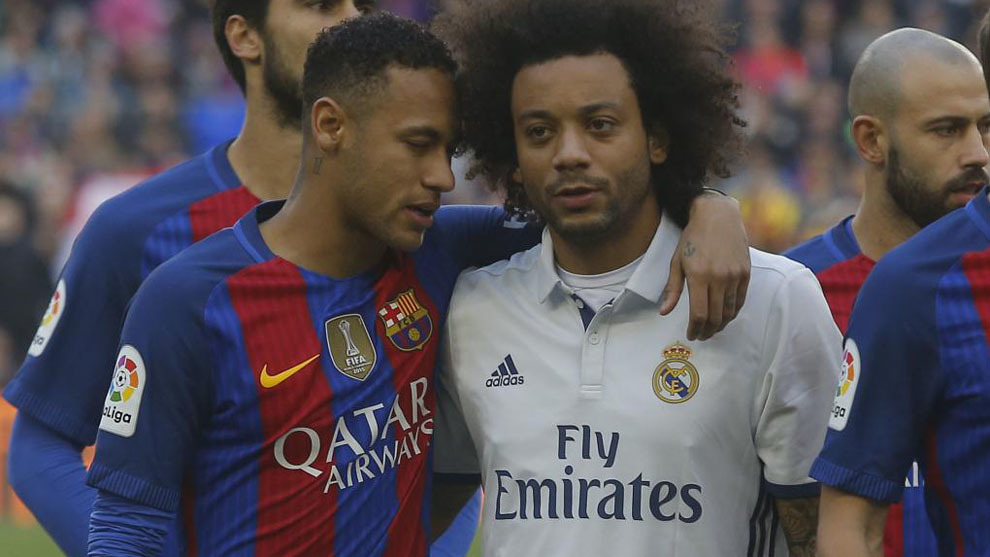 However, despite having only made the move to the Parc des Princes 6 months ago, Neymar has nevertheless already been heavily linked with a departure from PSG, with links between the South American attacker and European champions Real Madrid refusing to die down.

The 25-year-old has since gone on to enjoy a scintillating start to life in the French capital, having racked up an incredible 24 goals and 14 assists in 24 appearances between Ligue 1 and the Champions League.

Speaking in an interview with Esporte Interativo ahead of Real Madrid’s clash with PSG in the Champions League last-16 on Wednesday night, Blancos’ defender Marcelo was questioned on the prospect of his Selecao international teammate joining him in the Spanish capital, with the 29-year-old convinced that Neymar will indeed make the move to the Bernabeu at one point or another:

I think Neymar will play for Real Madrid one day.’

‘Would Neymar fit at Real Madrid? He would fit, for sure.’

‘It would be great if he came to Real Madrid.’

‘In my opinion the great players have to play at this club.’

Atletico Madrid dumped out of the King’s Cup by Sevilla after...